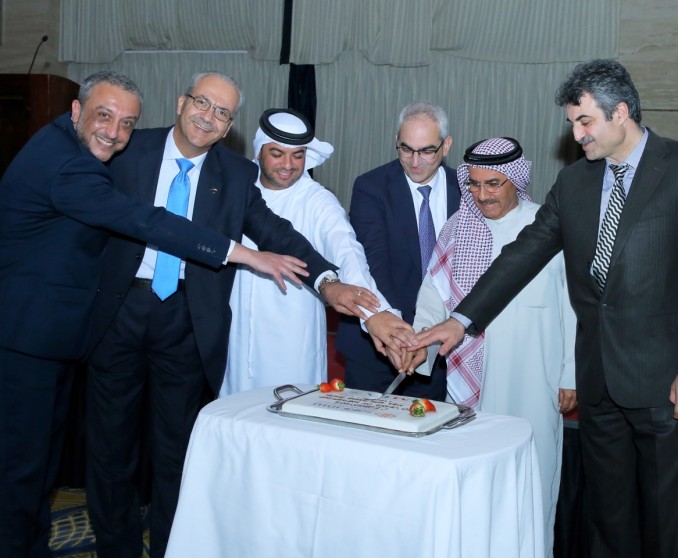 Middle East Airlines (MEA) presented its top agents with special achievement awards at a dedicated event held on 28 February 2017 at the St. Regis Hotel Abu Dhabi. These awards recognize the important role of travel agents in contributing to the airline’s success during the year 2016.

“The agents we work with are an essential part of our accomplishments in achieving growth in Abu Dhabi and Al Ain Territory. Through the years, we have developed strong relationships with each of them,” said Mr. Ziad Najjar, MEA Abu Dhabi Area Manager.

“Our supporting travel agencies are the main reason to sustain our growth and it is important to commend their hard work for we rely on their continued commitment in 2017.”

At the ceremony, Mr. Awj Khalil, newly appointed Senior Operations Manager of Safar, praised, “Trust and commitment have built a strong foundation for our 50-year partnership. Combined with our pioneering spirit and talented professionals in Alfahim Group’s travel arm, Safar, we have been able to consistently deliver quality services to the influx of tourists traveling to Lebanon this past year and every year before that.”

In spite of the unstable political situation in Lebanon, MEA has sustained a growth in the Emirate of Abu Dhabi of 5% in sales compared to 2015 achieving a profit year after year, as well as a traffic growth of 9%

MEA has also expanded its network by officially joining SkyTeam Alliance in 2012, and in the same year MEA signed a contract to purchase 10 neo Airbus 320-321. Delivery of the plans are expected in 2018.

In 1945, MEA was established and launched its first service from Beirut to the neighboring cities of Syria, Cyprus, Egypt then Saudi Arabia, Kuwait and other destinations in the Gulf. In 1963, after the merger with Air Liban, MEA added new European, Middle Eastern and West African destinations to its worldwide network, and commenced its service to Abu Dhabi in July 1968.